The NSA sponsored the Castle Open Exhibition this year, with a prize of £200 for a work in any media or discipline. as chosen by the President and members of the NSA Art and Artists Committee.

The prize was awarded to Andrew Macara for his piece entitled "Manequin 2".

In an email thanking us, Andrew said:

We hope to have Andrew as a judge for the planned exhibition in June. 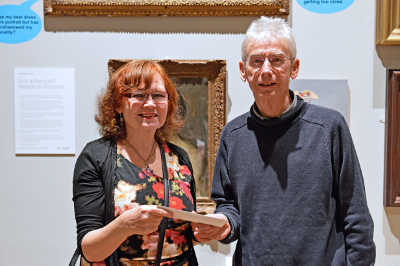