Husband and wife team, Mary and Brian Evans are the main contributors and are based in Beeston, though Mary, a former schoolteacher in Long Eaton, originates from Belmullet Co. Mayo. Brian, a retired Lecturer who started his career in Engineering as Fitter, was born in Stapleford and spent many years working at the Stanton Ironworks.

The exhibition preview was opened by Tyna Brych, Head of Local Networks at Parkinson's UK. It took place on Tuesday 29th August at 6:30pm until 9pm at the Nottingham Society of Artists Gallery, 71 Friar Lane, Nottingham. The exhibition will run from Tuesday 29th August to Sunday 10th September (10:30am-4:30pm daily). Any unsold donated paintings will be auctioned off on Sunday the 10th at 2:30pm.

Speaking for the Nottingham Society of Artists, Alan Gardner, Chair of the Society said:-

"This is our first formal initiative for the Parkinson’s charity, though the society has regularly hosted events and exhibitions with a strong charitable dimension. Mary and Brian have exhibited with us in the past, as recently as 2016, and have promoted similar very well-attended exhibitions. We hope this raises much-needed funding for the valuable work done by Parkinson's UK in the local area."

Mary told Gerry Molumby "We have always chosen 40 Shades of Green as the title for our exhibitions after the song written by Johnny Cash which made it’s way into the charts on Radio Luxembourg’s top 20 in 1961” This was year Brian first visited Mary’s home in Co. Mayo. and instantly fell for the rugged beauty of it’s landscape and the humour and music of it’s people”. Since then they have returned every year and their artwork is strongly influenced by the landscape and the people of the west of Ireland. Brian has been living with Parkinsons now for a number of years and finds the decline in his speech ability to be a great loss but he benefits from speech therapy so we are delighted the people both appreciate and buy our paintings while at the same time contribute to supporting Brian and others locally with Parkinsons". 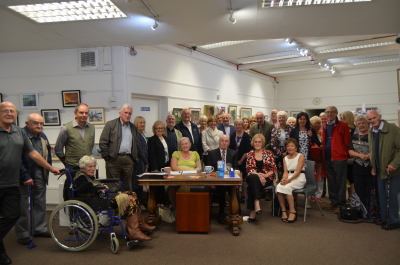 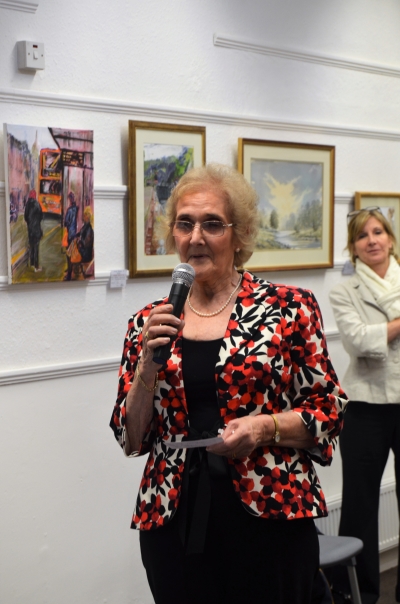 Mary Evans thanking all those who attended and bought pictures 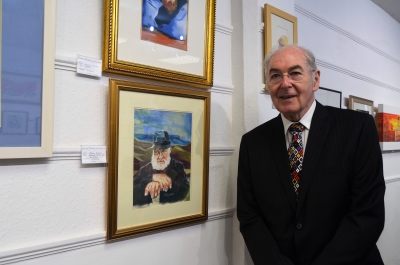 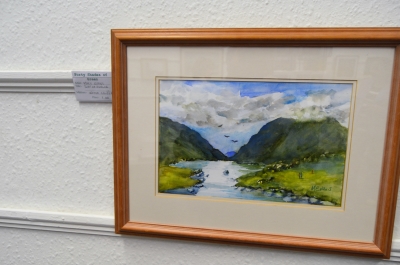 Mary's painting of The Gap of Dungloe Co. Donegal